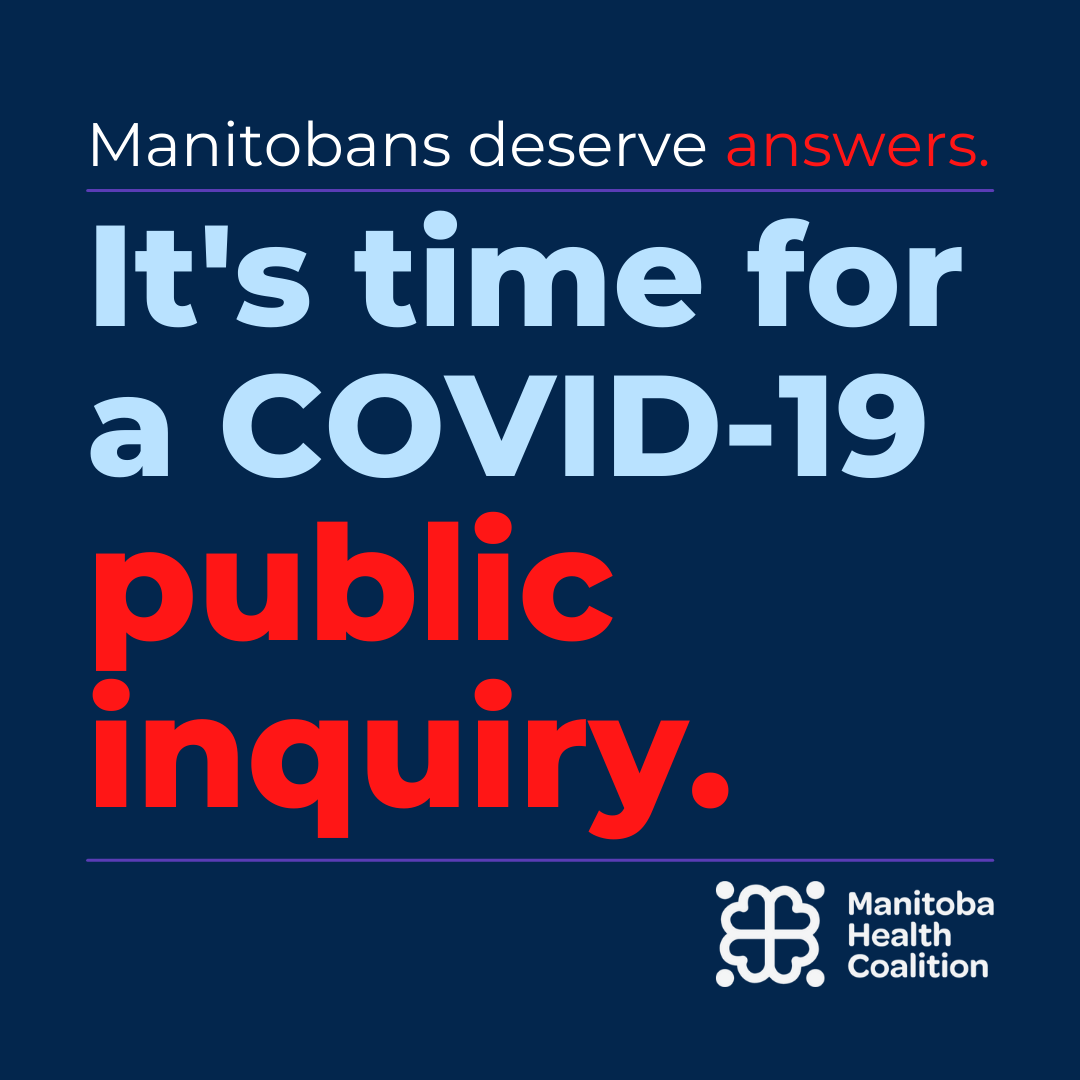 THERE is a growing call for a public inquiry into the Manitoba government’s response to the COVID-19 pandemic, including most recently from former Clerk of the Executive Council David McLaughlin (“Pandemic response inquiry required”, Feb. 16).

The Manitoba Health Coalition, amongst others, has also made this call (more than 400 Manitobans have signed our online petition in just under a month). But it is illuminating what Brian Pallister’s former Clerk of the Executive Council and campaign manager seeks to omit from consideration.

No serious commentator on Manitoba health policy would even attempt to deny that Pallister-era cuts and privatization efforts demoralized staff and weakened capacity throughout the critical care system prior to the arrival of COVID-19. Doctors, nurses and front-line health care workers (in the pages of this newspaper and in other media outlets) have been scathing in their assessment of both the rationale behind and the application of the decision to cut the number of emergency rooms and available ICU beds in Winnipeg prior to the pandemic.

COVID-19 has proved these decisions hampered the ability of the province to provide critical care when we needed it most.

Any public inquiry that does not seriously examine these and other pre-pandemic decisions — such as the privatization of Manitoba’s air ambulance service (Lifeflight), which would have otherwise handled out-of-province patient transfers — would be doing a disservice to the people of Manitoba.

We cannot repeat those mistakes if we want to move forward with high-quality health care that is accessible to all Manitobans.

This public inquiry should begin imminently, this calendar year. The Manitoba Health Coalition, a broad-based non-profit, non-partisan coalition, believes Premier Stefanson should ensure the facts are laid out on the table for Manitoba families before further significant changes are made that could impact public health care.

This is all the more important as it becomes clear that well-financed groups are already pushing privatization of parts of our health-care system as a silver bullet to save governments money.

This argument falls apart at the first test. The most visible case of private, for-profit care in Manitoba has proven itself to be an absolute failure that should be eliminated. The scale of death in for-profit long-term care facilities during the second wave of COVID-19 in Manitoba and across the country is significantly higher than in publicly managed facilities.

This is unacceptable. In Manitoba, the tragic outbreak at Maples Long Term Care Home — a for-profit care home in Winnipeg operated by Revera — saw 57 residents lose their lives.

And at Parkview Place — again operated by Revera — the company’s response to its poor performance and aging infrastructure was simply to announce that it would be shuttering the personal care home and winding down operations, rather than making the necessary investments to keep the facility open or to replace it.

This decision removes some 200 PCH beds from the province in the middle of a pandemic. This is a clear indication that critical health infrastructure should not be left in private hands accountable to shareholders, not citizens, vulnerable seniors and their families.

Manitobans believe health care is a fundamental right, and that everyone in our province deserves the best care possible. The pandemic has shown us all how important public, universal health care is for families in Manitoba and across Canada. Instead of continuing down the road of cuts and privatization, we need immediate investments in the public system to reduce diagnostic and surgical wait times, instead of repeatedly looking to the private sector — including outside of our own borders, with the proposed outsourcing of spinal surgeries in North Dakota.

The public health system should be boosted to respond to the massive surgical and diagnostic wait lists, the ranks of front-line health workers need to be boosted and seniors in care should be protected by taking profit out of long-term care.

Most importantly, the Manitoba government must take a leadership role in ensuring that our health-care system remains public and accessible to all.

Instead of pandering to unrepresentative extremists who are willing to block access to schools, hospitals and international borders, it is time for the government to act to address the needs of Manitobans: our families and health-care workers who have sacrificed so much to keep us all safe.

Acting now to establish an independent public inquiry is a crucial first step to assuring Manitobans there will be a proper review of the government’s conduct. Premier Stefanson should do the right thing by ensuring this takes place before the next provincial election. Our lives literally depend on it.

Thomas Linner is the provincial director of the Manitoba Health Coalition. To read the petition for a public inquiry into COVID-19, visit www.mbhealthcoalition.ca.