WINNIPEG (TREATY 1) - The Manitoba Health Coalition (MHC) worked with the Winnipeg Harm Reduction Network (WHRN) to develop a set of questions for municipal candidates in the upcoming election on their support for evidence-based harm reduction initiatives, such as a supervised consumption site, in Winnipeg.

“We want to thank all candidates for Mayor and Council who took the time to respond to our survey questions, no matter their response. Engaging with these issues is important and appreciated,” said Thomas Linner, MHC Provincial Director. “There is a clear consensus from those who responded in favour of the city’s active participation in promoting and engaging in the hard work of harm reduction to save lives.”

Unfortunately, a number of candidates did not reply to the survey, including several perceived “front-runners” for the position of mayor and all but three incumbent city councillors.

The initial letter was sent by email to candidates on September 9, 2022. Candidates have been asked to complete and return the survey by midnight, September 19, 2022. A follow-up email was sent after that point asking those who had not yet completed the survey to do so in short order.

“WHRN works on the ground, day-in and day-out, to coordinate and support harm reduction efforts in partnership with the organizations and individuals most affected by the toxic drug supply that is killing Winnipegers every day,” said Jonny Mexico, Winnipeg Harm Reduction Coordinator. “Ignoring the voices of those with lived experience of substance use and those who work with them is unacceptable. The silence is deafening.”

This experience echoes that of Overdose Awareness Manitoba, who sent similar emails both to candidates for council (here) and mayor (here) - to very little response.

While noting that several candidates who did not respond to the survey have discussed harm reduction efforts, such as supervised consumption, in their campaigns, Linner called for leadership in the face of a toxic drug supply that is taking lives in our community.

“I am concerned, as a public health advocate, that too many of those who are seeking office in Winnipeg are determined to either ignore the crisis around us or to address it on their own terms, while ignoring the voices of those most at-risk and those who love them,” said Linner. “You cannot stage manage a public health emergency - and you cannot face it alone.” 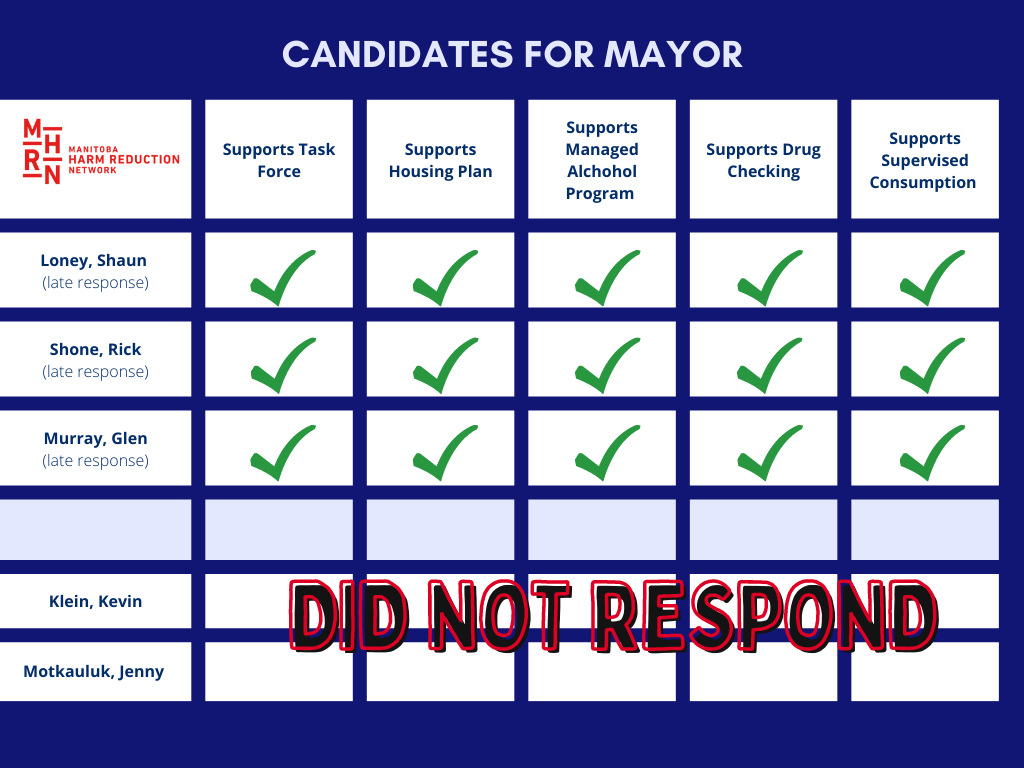 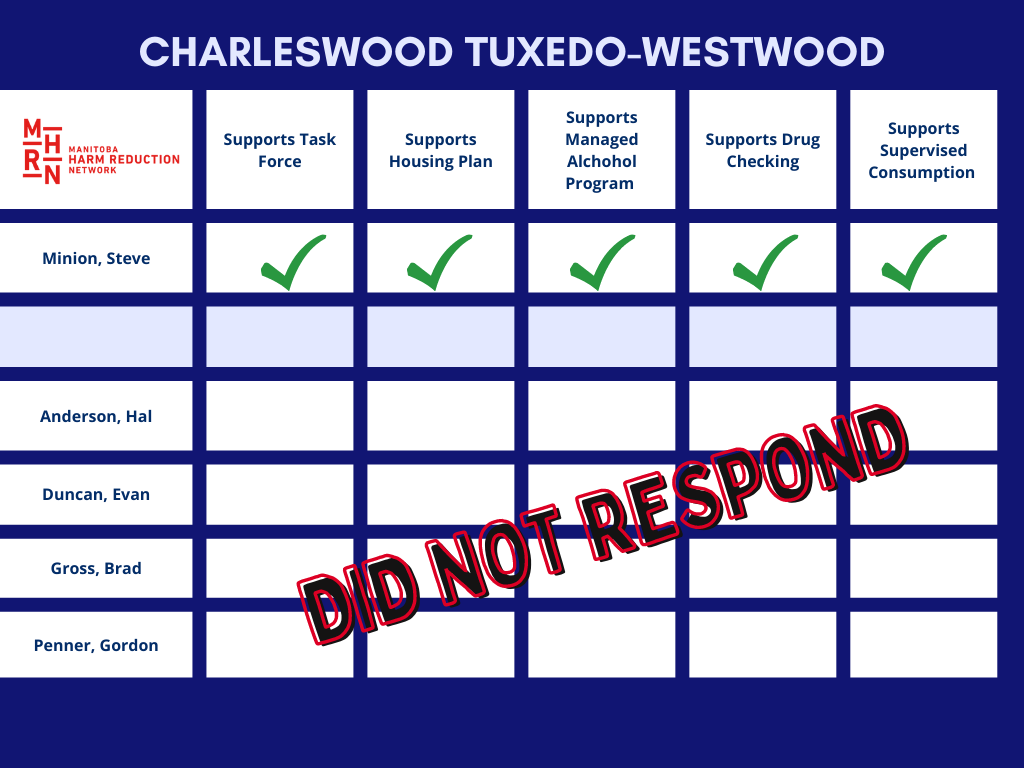 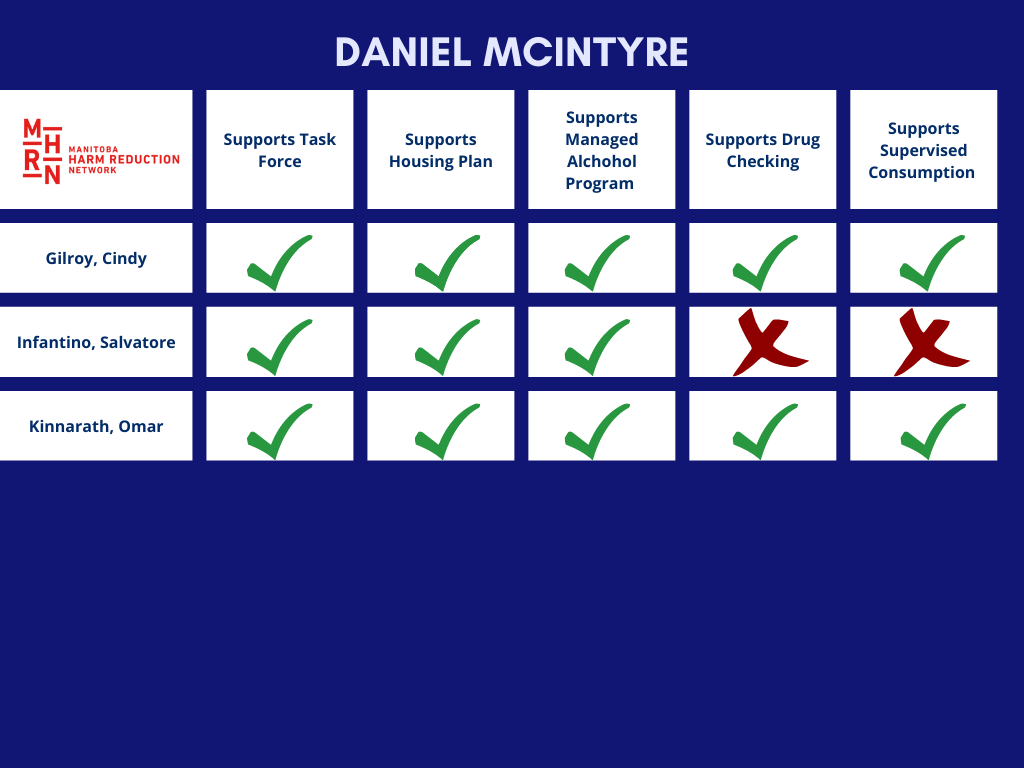 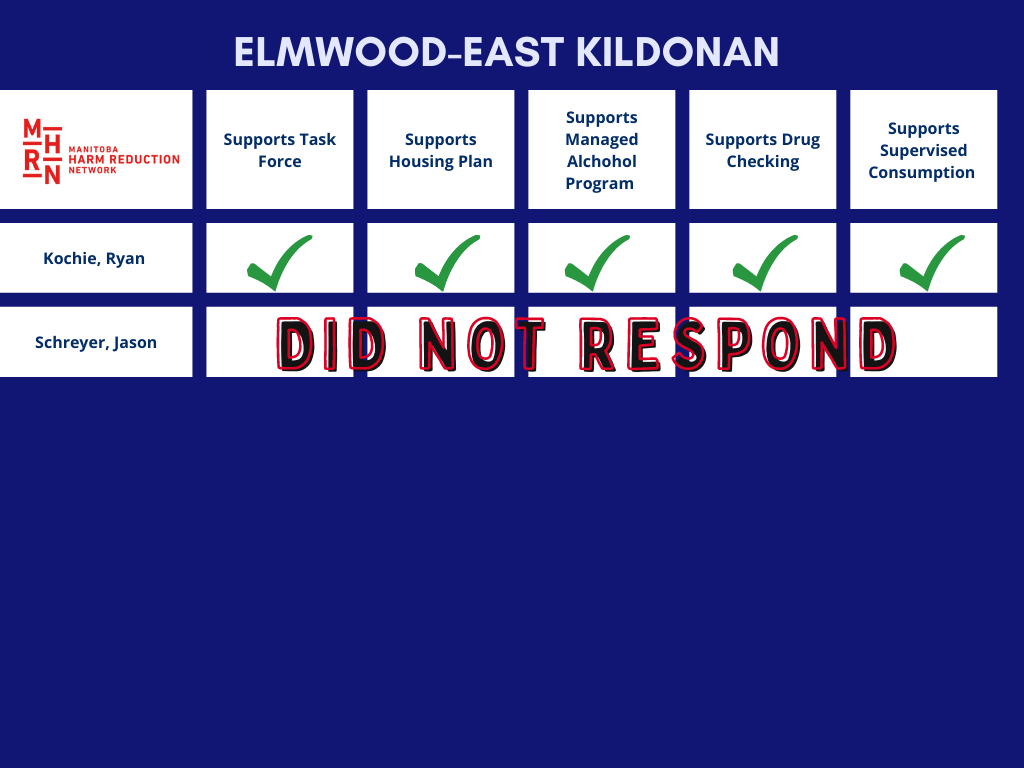 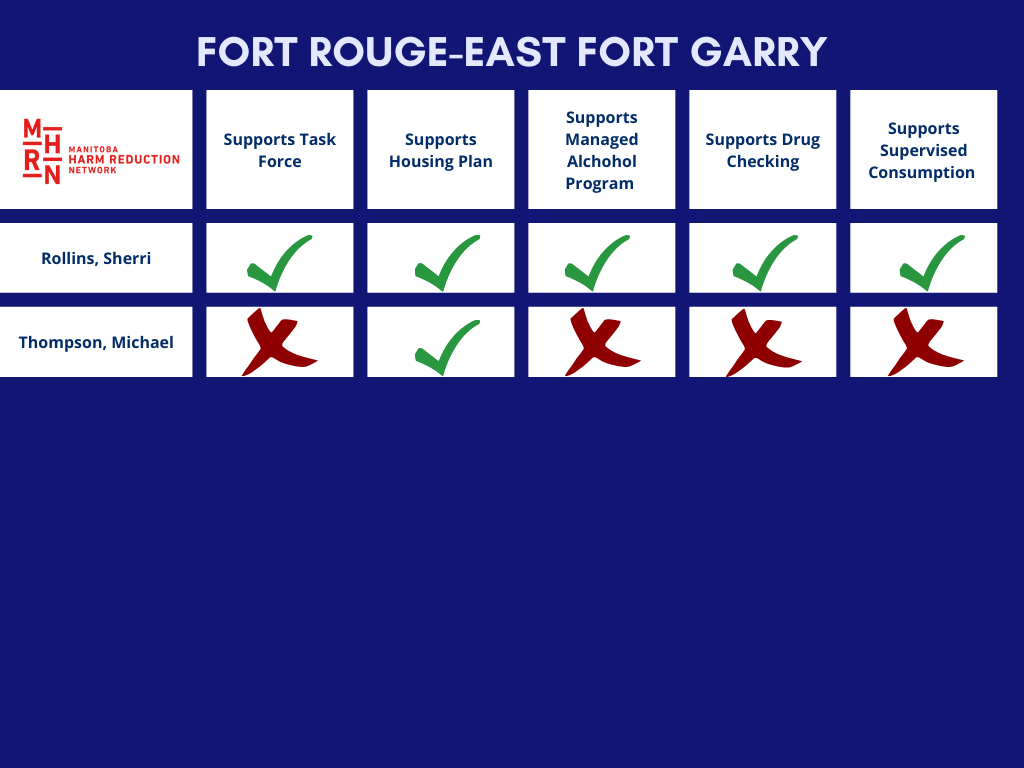 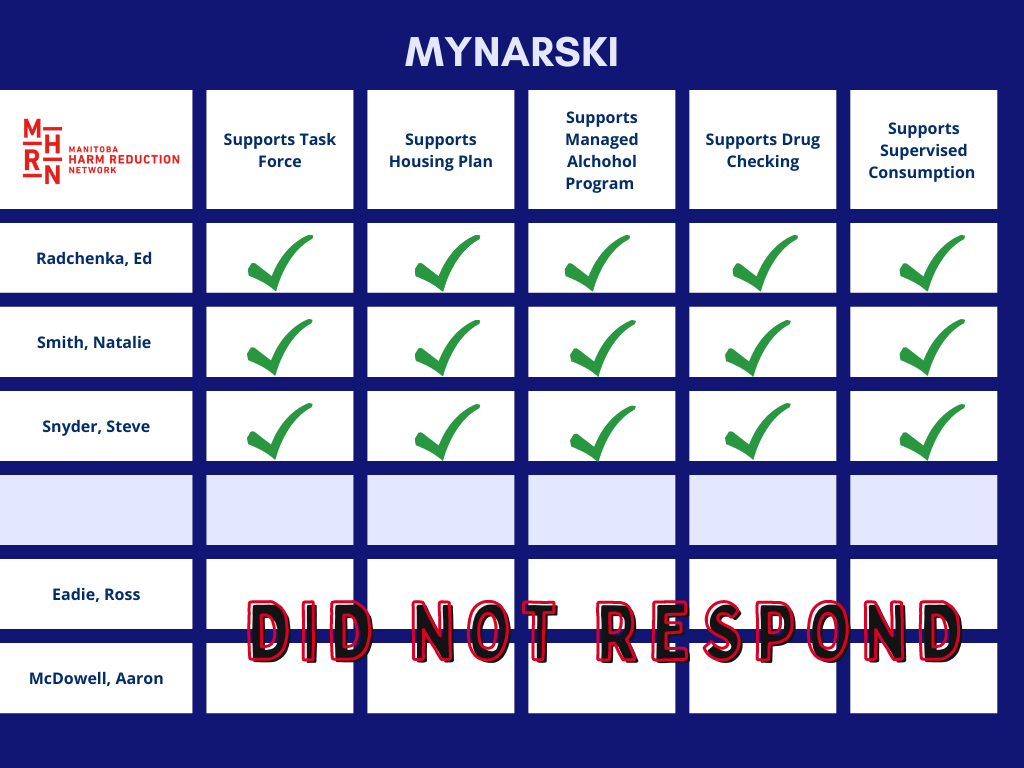 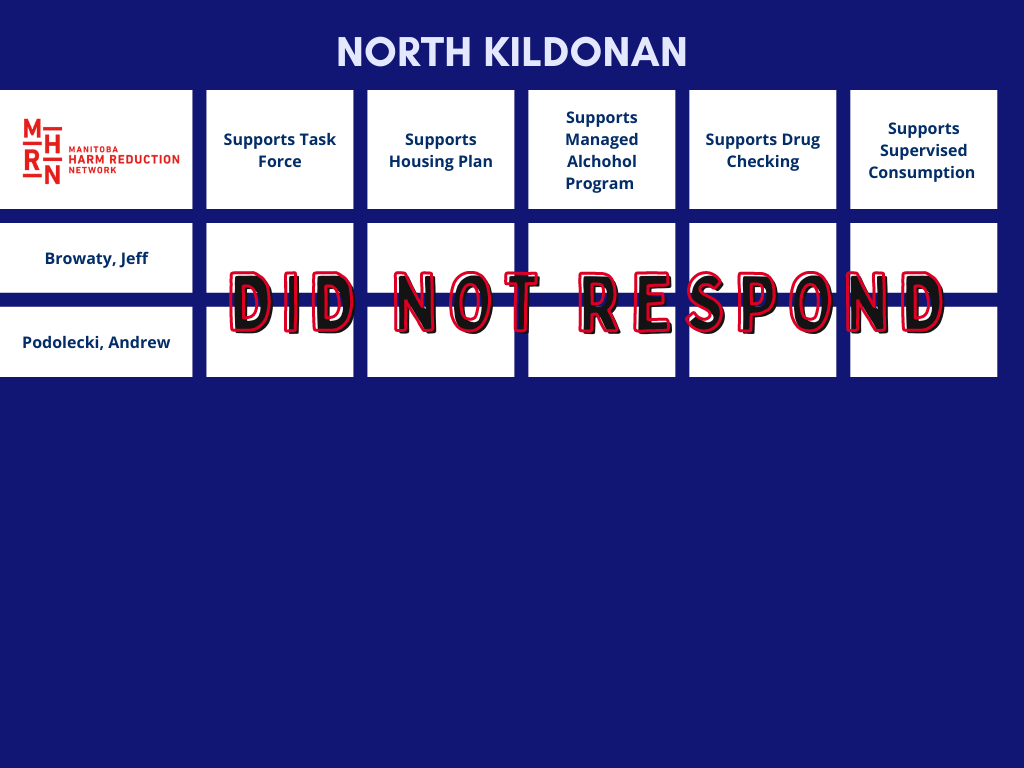 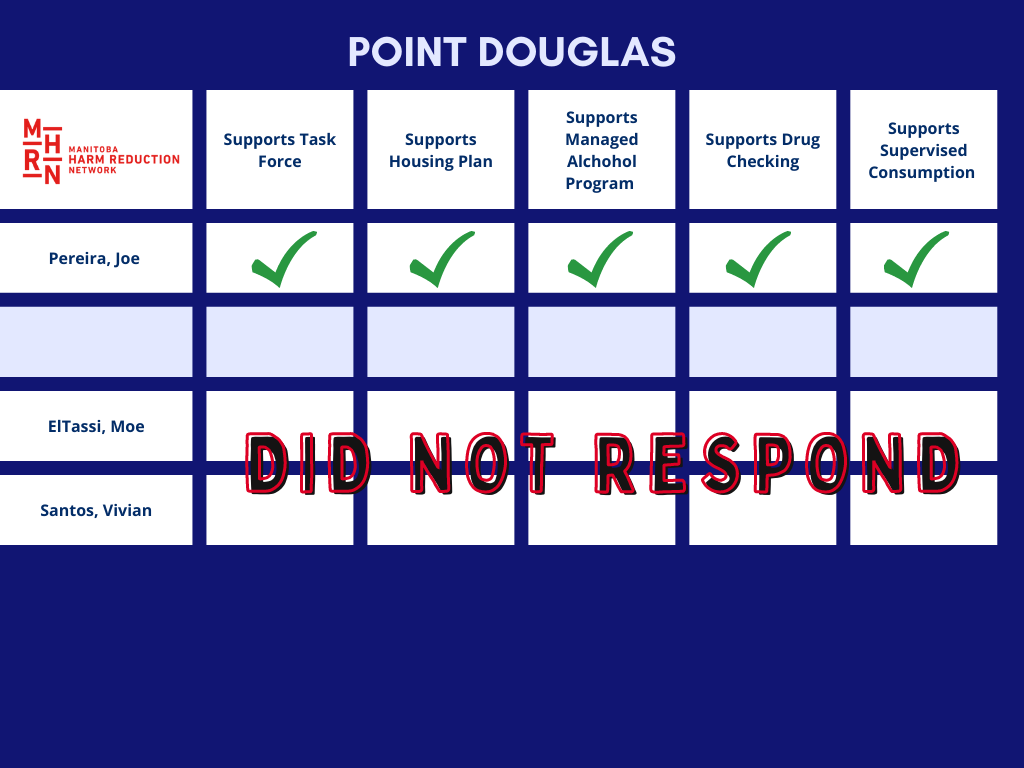 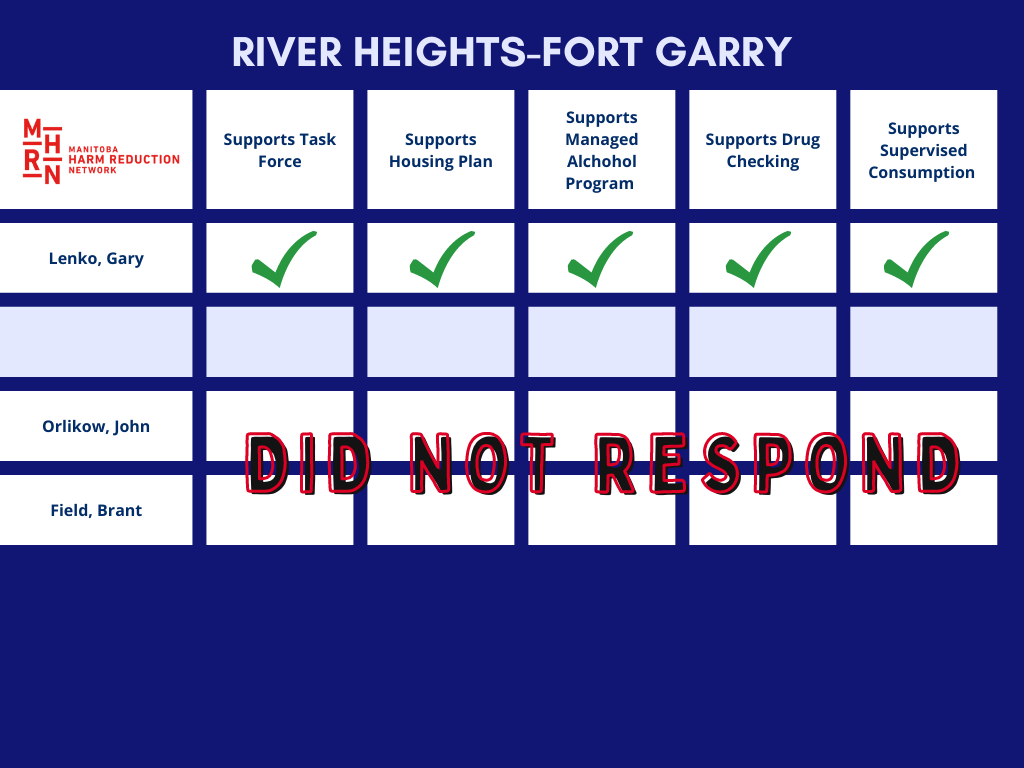 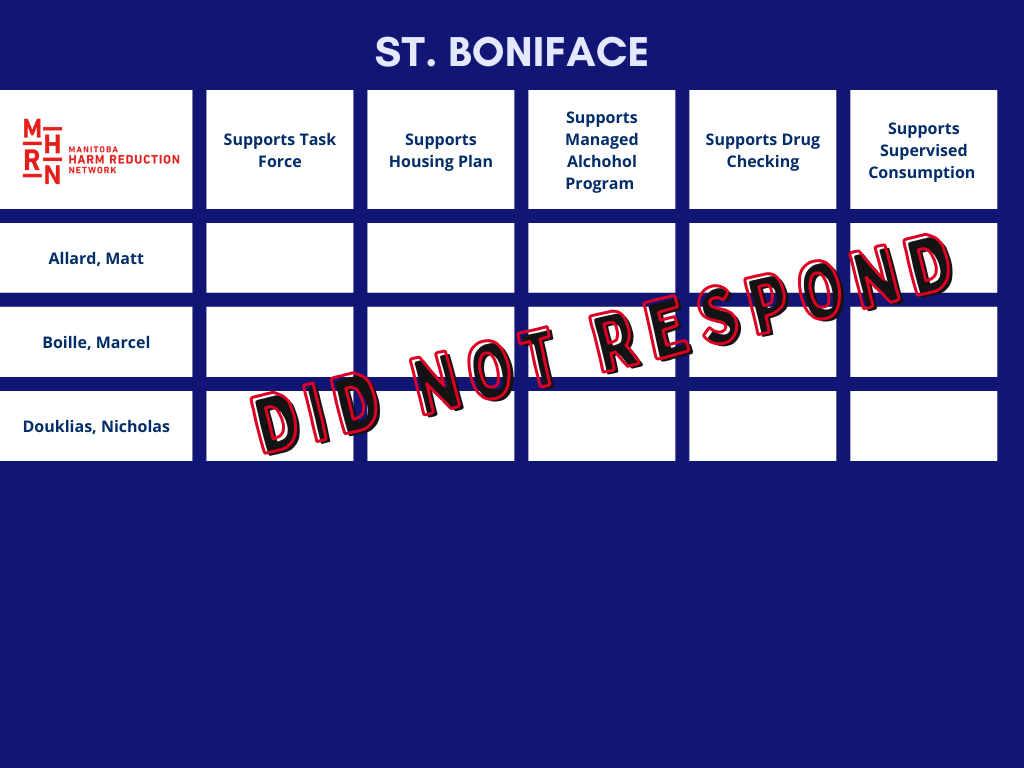 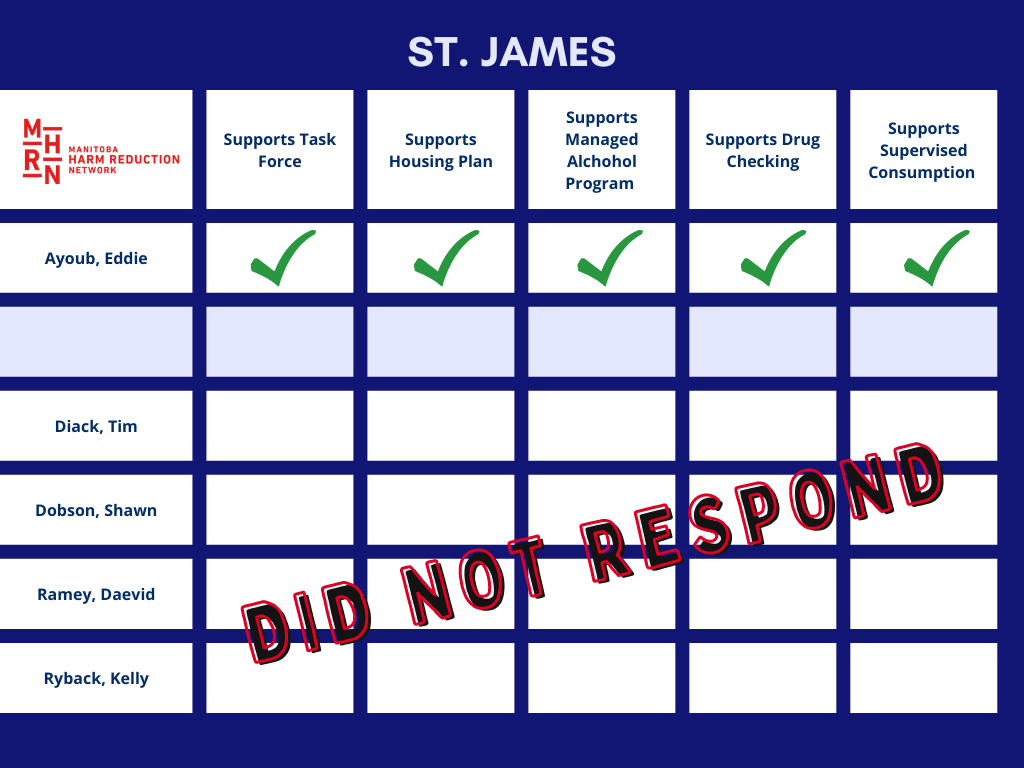 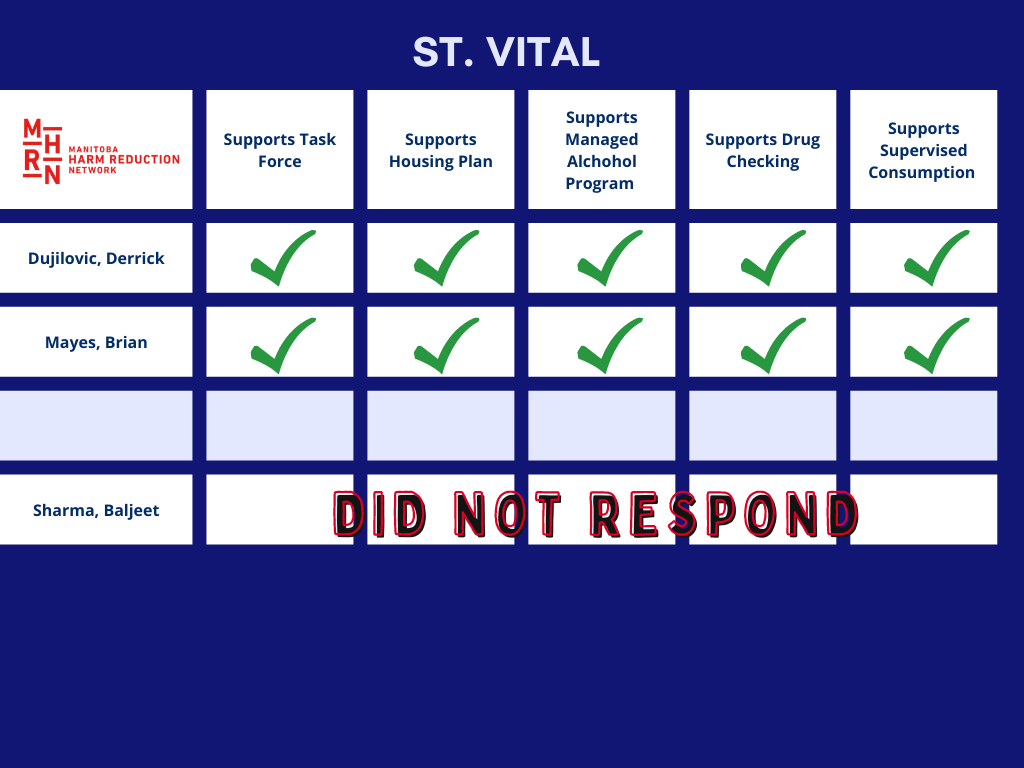 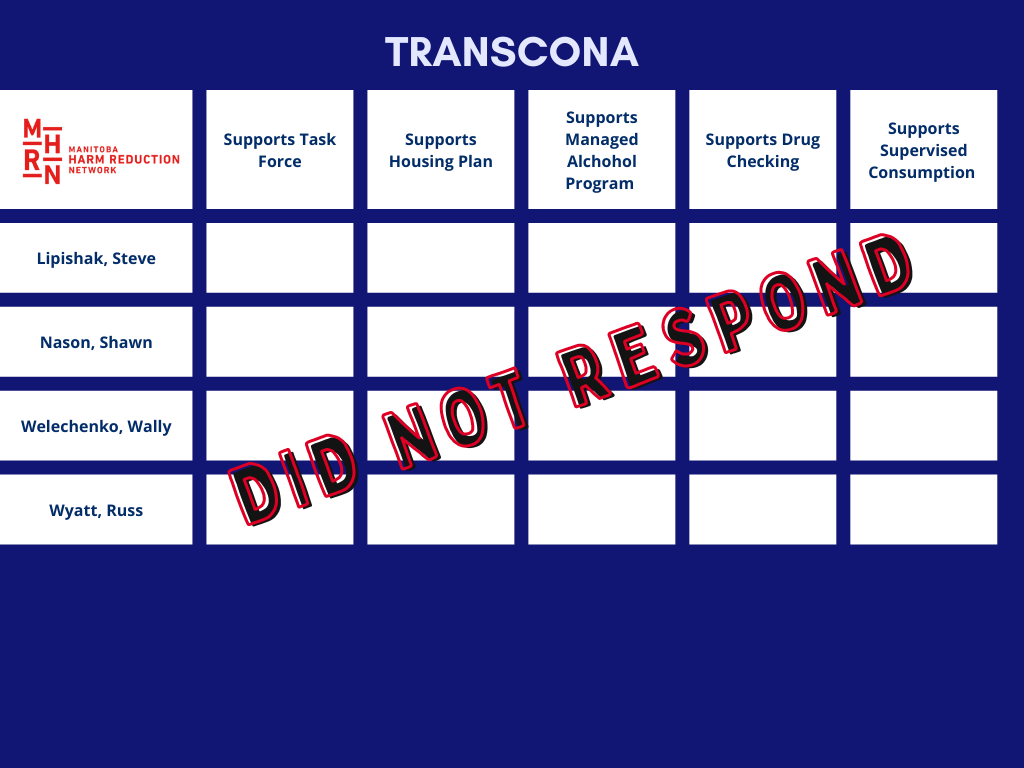 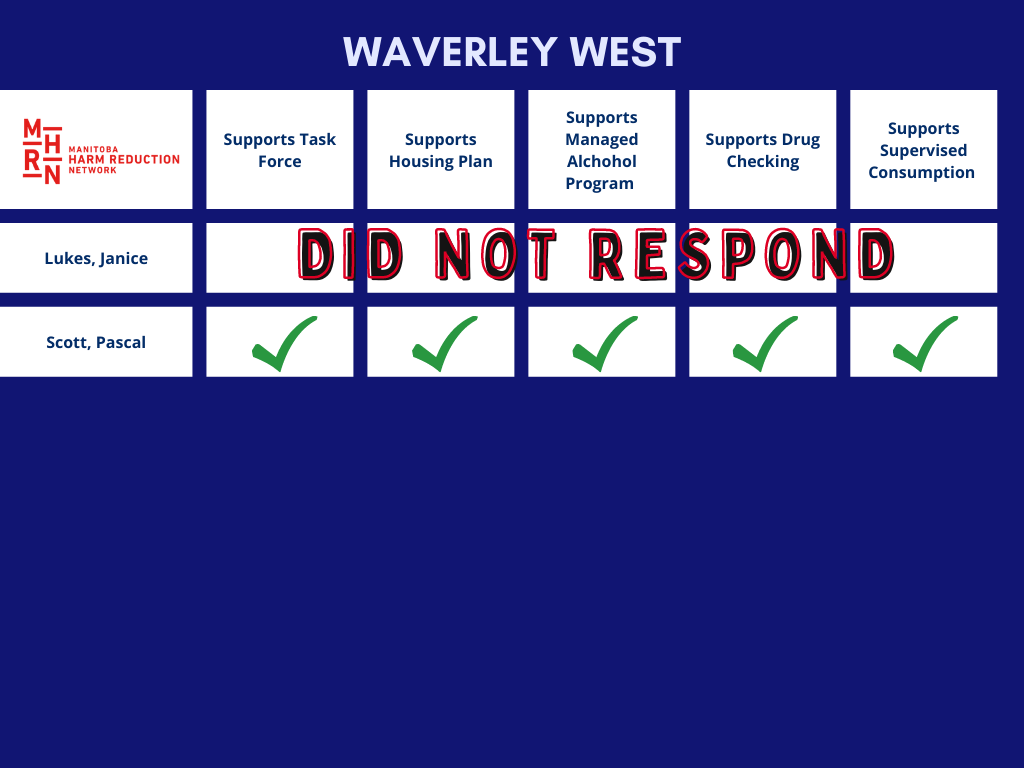 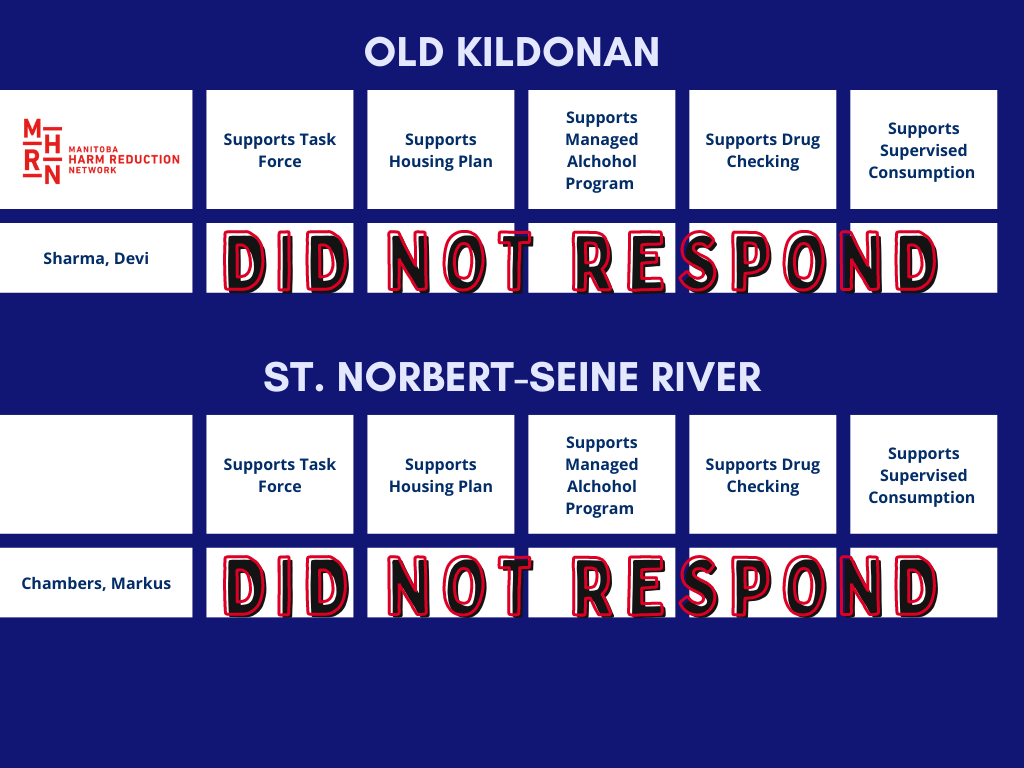